The latest addition to the Endúr family, BMO Entreprenør, has received renewed trust from both Bane NOR and Innlandet County Municipality.

– We have for several years worked with bridge maintenance for both Innlandet county municipality and Bane NOR. We have had option agreements with both clients that could give us more work if they were satisfied with the job we did. Both options have now been exercised, which means that they are satisfied and appreciate the work we have done. We are of course very happy about that, says CEO of BMO Entreprenør, Jeppe Raaholt.

BMO Entreprenør is one of the country’s largest players in the rehabilitation of bridges, marine infrastructure, quay and dam facilities as well as other concrete and steel structures. This week it became known that they will become part of the Endúr Group through an acquisition.
– This strengthens the group’s lifting capacity significantly and means that we can now take on large projects, for example in land-based farming, says Executive Vice President of Endúr ASA, Hans Petter Eikeland.

The contract with Innlandet County Municipality was for two years, with two options for one plus one year. Start-up was in 2019, and the first option trigger applies in other words for 2021. In short, the contract is about bridge maintenance, where, among other things, changing edge girders is a central part of the job.
– The concrete on bridges is dissolving due to road salt. Therefore, the bridges must be maintained regularly. In the last year alone, we have probably carried out maintenance work on 50 bridges for Innlandet county municipality, says Raaholt.

For Bane NOR, BMO has a contract for the replacement of railway bridges. The bridges that are now being replaced are part of the railway superstructure, which makes it possible for the train to run over, at the same time as vehicles and people can pass under. The contract is for 11 bridges and five have so far been replaced.
– The fact that the option was now exercised means that in 2021 we will replace four more bridges, says Raaholt.

Raaholt says that on some bridges it is a problem that the rails are physically attached to the bridge itself. When the temperature goes up or down, the rails also expand or contract.
– Because the rail is attached to the bridge, the risk of rail breakage and sunburst increases. When we replace the bridges, we also ensure that the rails run freely by the superstructure on the bridge and free line being equal, thus significantly reducing the risk of track errors, says Raaholt.

The two options have a total value of approximately NOK 30 million. 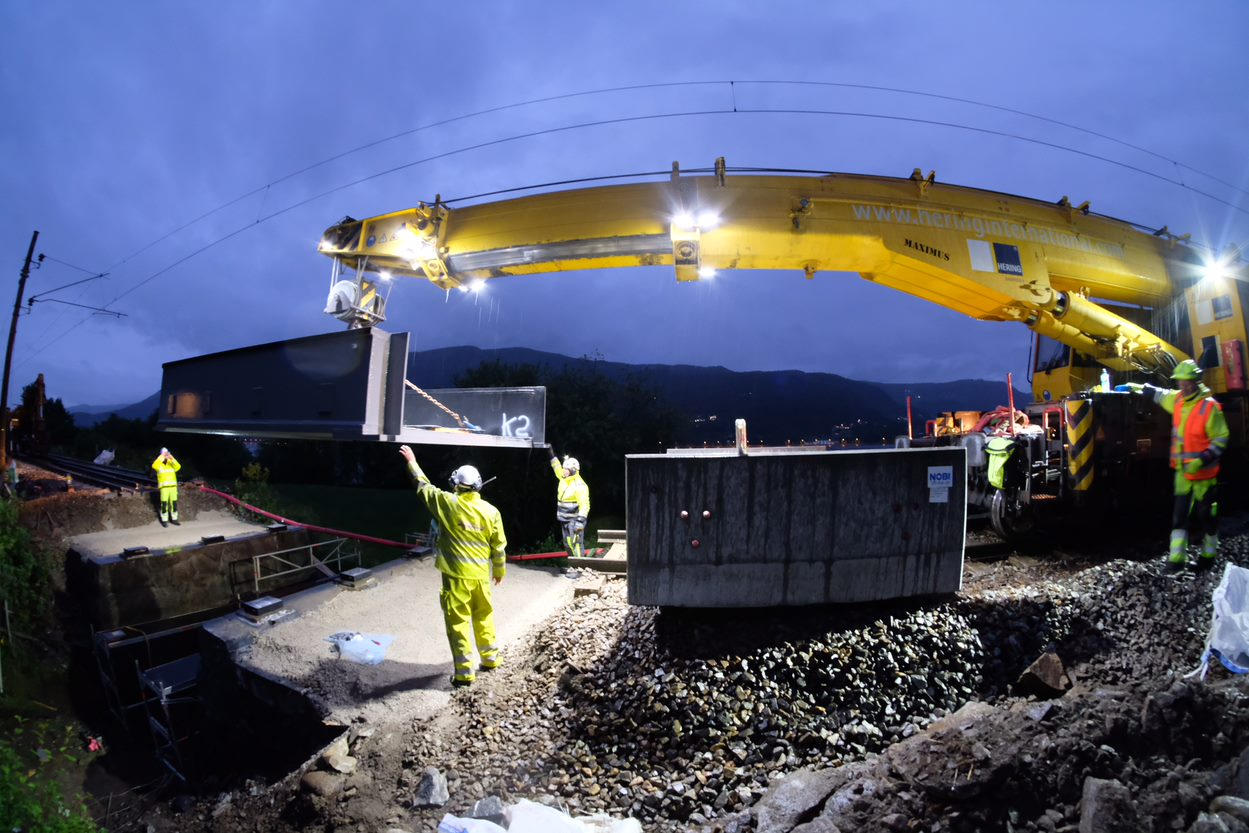