High activity in all business areas

– We have high activity in all our business areas, says general manager of BMO Entreprenør, Jeppe Raaholt.

Endúr’s subsidiaries have activities in a number of business areas, but infrastructure related to marine projects and transport is central. The company recently signed a significant contract with Bane NOR for new construction, rehabilitation and redevelopment of transition bridges in connection with the electrification of the Trønder and Meråker lines.
– We get a lot of job requests a day, and I never think we have had more to do than now. We have put on a significant amount of new employees and the organization shows an enormous ability to drive through good projects with great control, says Raaholt.

Rehabilitation and maintenance of ferry quays and tunnels also form an important part of BMO’s activities. The company is currently working, among other things, on the rehabilitation of the Hamang tunnel in Sandvika in Bærum. In addition, construction is also underway on two new ferry quays for the country’s only inland ferry berth, across the Randsfjord in Innlandet.
– When it comes to the rehabilitation of the Hamang tunnel, we currently have very good progress. According to the plans, we will be finished on the first of October, but if the good progress continues, it may be sooner, says department manager at BMO Entreprenør and project manager for the project, Bent Asbjørnhus.

At Randsfjorden in Innlandet, the work is nearing completion and already on 10 July, ferry traffic resumed normal operation.
– We are doing well. The work has been somewhat changed along the way due to adaptations to the new electric ferry that Innlandet County Municipality delivers to the project, but we have still managed to recover, so we are now waiting for final completion on 31 August, as originally planned, says project manager Øystein Bjørkesett.
He says that even though the connection starts up again on July 10, it is with the old ferry, as IFK has problems getting the new ferry from Holland delivered and completed. When the new electric ferry will be in place has not yet been clarified.

The ferry connection across the Randsfjord is the country’s only domestic year-round ferry. In other words, the ferry runs all year round, with departures from early in the morning until well into the evening. To say that the traffic is heavy would be an exaggeration, as the average daily traffic is 34 cars. The ferry still plays an important role for residents on both sides of the fjord in Innlandet, as well as for tourists.

– When all our work has been done, we have built a new ferry quay on each side of the fjord, adapted to the new, electric ferry. In addition, we have built a new slipway, so that the ferry can be taken up for maintenance. It has been an exciting project, where everything, with the exception of the changes, has gone according to plan, says Bjørkesett. 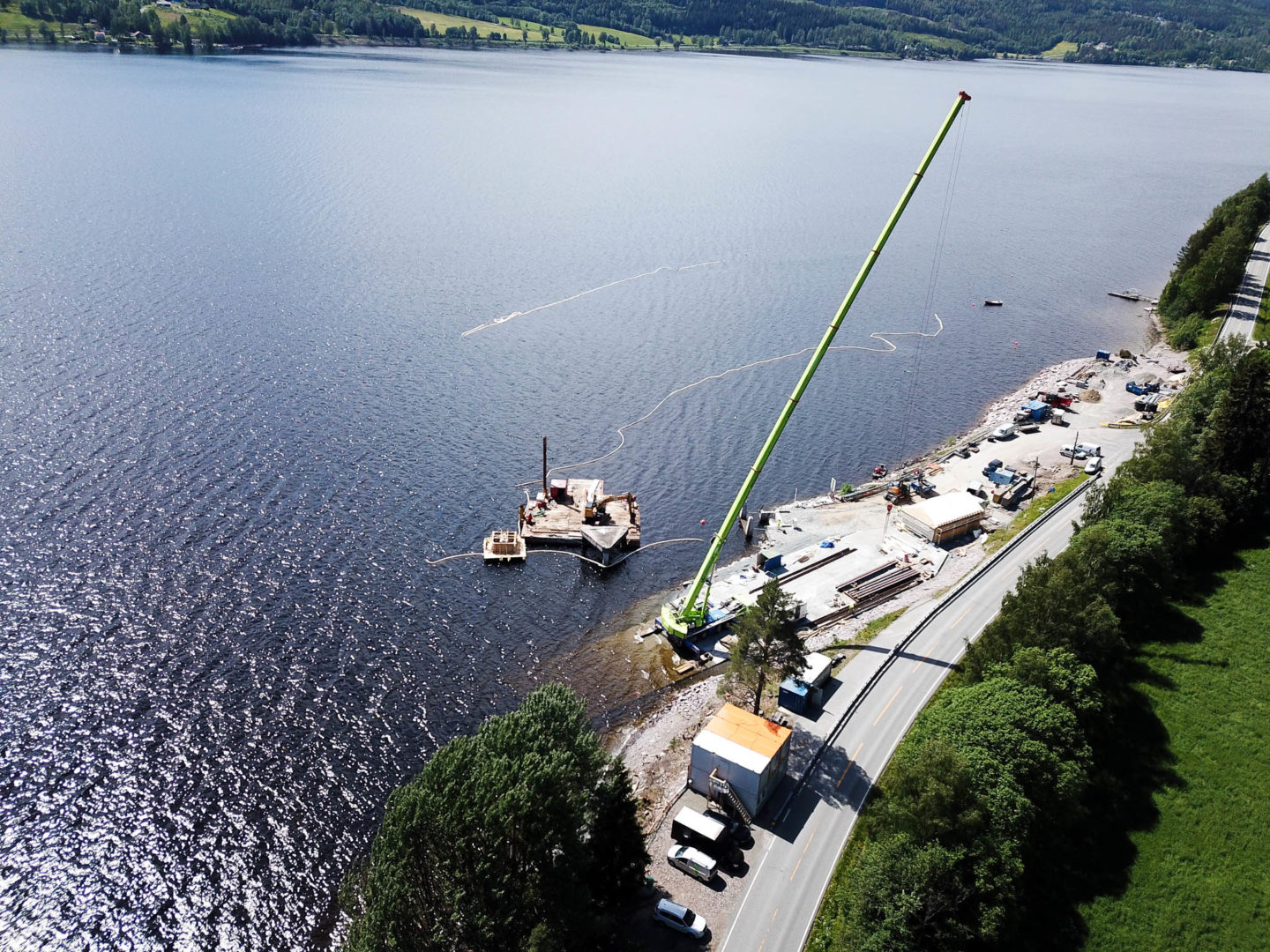